How to distribute shares in a business and a startup

The vast majority of people share the project equally, avoiding the discomfort of discussing unequal division. However, it’s a time bomb and that’s why. Imagine that you and your partner shared the 50/50 project, then after some time something from the next…

How to divide shares in a startup between founders? What is the share of the early investor (when there are still a lot of risks)? How do you calculate the share of key employees?

It’s time to make a manifesto of Venture Concepts and here is its paragraph number 1:

“You don’t get what you deserve in life, but what you’ve agreed to.”

The vast majority of people share the project equally, avoiding the discomfort of discussing unequal division. However, it’s a time bomb and that’s why.

Imagine that you and your partner shared the 50/50 project, then after some time something of the following will happen:

In the end, here’s what happens:

Your % > (Value of your contribution to total value) / Total value

Your % < (Value of your contribution to total value) / Total value

It turns out, not according to Venture Concepts, and therefore not honestly, although on the other hand, in life you get not what you deserve, but what you managed to agree on.

Then begins a framework that will help you agree in such a way that your agreement will asymptomtoically seek to feel “honest division” or, in other words, “by Venture Concepts.”

Startups are made to find a repeatable and scalable business model. The key feature here is that the search may fail. That’s the biggest risk. Here are the key criteria for understanding how to share shares in a startup we need:

Thus, we should have a framework in which:

No more, no less.

“By Venture Concepts” is fun.

It is possible to agree in different ways on the optimal configuration in the company (most often for a glass of coffee or a kettle of vodka), but here we will consider a mathematicalized approach to the issue (not the fact that after reading this post you will count with your partners your shares on these formulas, but the general principle and course of thought you will have a more conscious and systemic).

It is very important to understand that only “risky contributions” should be taken into account, such as:

What can I contribute to the dorm?

Convenience for the sake of made a crib.

Consider two start-ups Sasha and Oleg (SEE and STO). They agree from the first day to conduct their dorm:

As a result, the shares are now:

The case with this example can be studied here by making a copy and filling in your startup with their numbers.

The evolution of the change in shares in the company below:

How long do I use the Venture Community principle?

Let’s think logically – when “risky deposits” will cease to be risky in a startup?

In other words, when you have the money to pay people market salaries (consultants – services at market prices).

What if you started the project alone and then the partners joined you?

First, there is nothing to prevent you from starting to count the contribution as a loner (just you will temporarily be the only contributor to the W.O.).

Secondly, it should be taken into account that if you are something, and the sum of your skills, experience, authority and networking, relevant to the project, then it is already worth something and can be inventoryed in the t0-contribution dorm. Here’s an example:

Thanks to the source for the material: uklad.vc 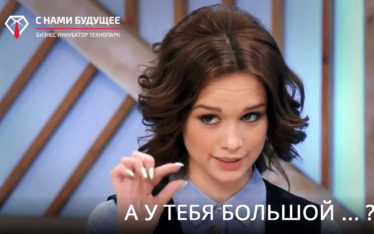 How to calculate the start-up market, volume and share
One of the key questions that an investor asks a potential investment fund consumer and wants to hear a super answer to it is: How big is the market for...
%d bloggers like this:
Send this to a friend